The noun is not just naming words, it also tells us about the number and the category( gender) to which the subject belongs.

Gender tells us about the sex of the noun or naming word.
For example- Anamika is my neighbour. (Anamika – Feminine)
Cow gives us milk. (Cow – Feminine)
Razia Sultan was the empress of Delhi. (Razia – Feminine)

Example of Noun in a sentence

Gender can be classified into four major parts:

A noun or a subject is said to be a masculine gender when it refers to a male name. such as- boy, man, lion, hero etc.

A noun is said to be a feminine gender if it refers to a female name such as: lioness, girl, heroine, niece, empress, woman, actress etc.

A noun is said to be a common gender if it refers to a name which can either be a male or a female such as: child, student, friend, candidate, boss, servant, judge, leader etc.

Not everything can be categorize in masculine, feminine or common gender. There are some things which fall in neither of the types. For example- a box, chair, furniture, house, lamp, book etc. these are of neuter gender.

Now, the question arises as to how to recognize whether a noun is feminine, masculine or common if the noun or subject is not really informative? Let’s learn it with the use of a simple example and one rule.

Example- Harpreet is one among the boys.

In the above example, Harpreet(noun and subject) is male. We know this with the help of noun(boys).

Note: Collective nouns, even if they refer to living things, are used as a neuter gender.
For example: The army is doing its task.

Here, the army is considered as neither of the genders.

Reminder: Again, we know the gender by pronoun (its).

Following is the list of some gender-based noun (masculine and feminine) and their gender-free noun (common).

The advantage, of knowing the above words, is that you will not get tangled in Noun and Pronoun topic.

Countable and uncountable nouns seems easy to understand but there are some rules and exceptions that we need to follow but once we are through it, we can master all such questions. So, let’s take a look at the topic.

Countable Nouns-
These are nouns that we can count. Common and Collective nouns can be included in countable nouns.

For example:
1. I’ve visited many cities.
2. Arman and Sarita are cousins.
3. There are some people who live in villages.
4. Reshma bought some oranges for her mother who was ill.
5. The team assembled in the playground for singing their respective national anthems.

An uncountable noun refers to a noun which cannot be counted. For example- tea, water, news, salt, glass, air etc. We do not use a and an with uncountable nouns. However we can say a cup of tea and a pinch of salt but here we are talking about a cup and a pinch in particular and not about tea and salt.

Examples-
1. The news of terror attack turns out to be a rumor.
2. Please pass me a glass of water
3. The air can only be felt.
4. Add some salt to the dish and make it perfect.
5. There is still some oil left in the bottle.

We have some rules which we need to keep in our mind before attempting any question related to this topic.

Keep remembering the rules and for practice, attempt the quiz on examdays. 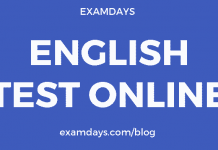