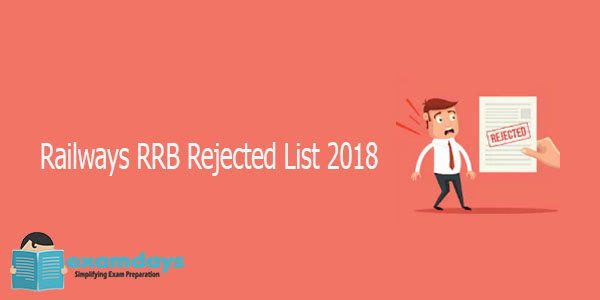 Railway Recruitment Board RRB released a Railways RRB Rejection list 2018 zone wise, those who are applied earlier for RRB ALP 2018 and RRB group D 2018 and those candidates applications are accepted and few of them rejected earlier. As per official news, the 1 crore applications have been rejected and Application fee is to be refunded.

RRB railways clearly mentioned earlier, when candidates application submission process. Most of the candidate has followed RRB rules and regulations and those who are unfollowed rules or may be submitted online/offline application with below errors, which cause the RRB Applications are rejected. The below-rejected codes /descriptions have given. If your application is rejected then there is a chance of anyone below reason.

What Next – If RRB Application Rejected – Fee Refund

Present status, there is no chance of corrections or modifications of Railway RRB. If in future RRB may be or may not be release corrections of modification notice for rejected candidate list 2018. Let see what happen next. 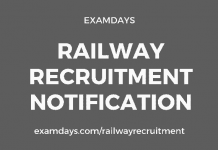 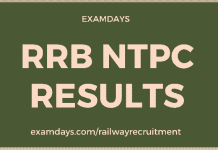