GSAT-19 satellite with a lift-off mass of 3136 kg, is the communication satellite of India, configured around the ISRO’s standard I-3K bus 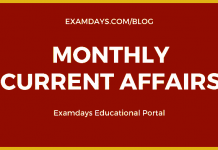